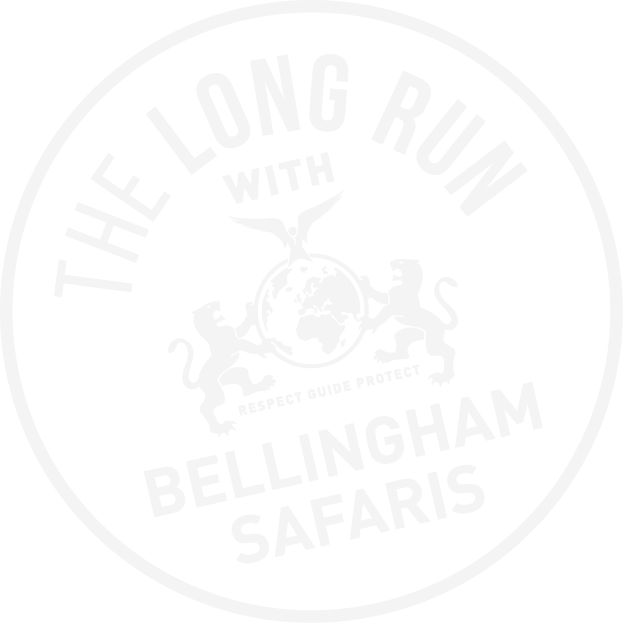 THE LONG RUN with BELLINGHAM SAFARIS

Bellingham Safaris and The Long Run are partners in using tourism as a force for good via the 4Cs – Community, Conservation, Culture and Commerce. With vigorous accountability Long Run certified properties have shown a commitment to delivering authentic experiences that have a positive impact on our planet. Our alliance allows us to pool our resources to provide guests with meaningful travel that makes a positive difference globally. When you travel to Long Run Properties through Bellingham Safaris, you join us as a force for change in travel that supports the protection of our planet. Your holiday helps to conserve and restore nature and uplift local communities. Your visit to our Long Run partner properties adds value to wildlife and its habitat and ensures that it is worth more alive than dead. And, you’ll return home more informed as an enlightened ambassador for conservation. 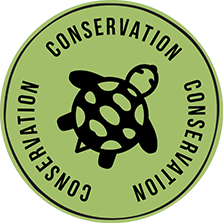 Conservation is safeguarding biodiversity and the integrity of natural ecosystems and a core tenet to all Long Run properties. The Long Run supports the sustainable use of natural resources. Activities in this dimension address issues of biodiversity and ecosystem services as well as management of energy, water and waste, land planning and carbon impact reduction, among others. 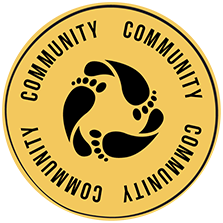 It is the right of every person to have their basic needs met and enhancing the well-being of communities is a fundamental obligation of all. Long Run properties support activities that enhance the well being of communities they belong to or interact with. Activities in this dimension address fair working conditions, community relations, social infrastructure, social accountability, capacity building and support for small and medium enterprises (SMEs), among others 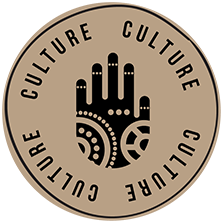 Our world is culturally diverse. Celebrating commonality and respecting differences is crucial to our future. Drawing on our uniqueness we enrich each other and contribute to a greater common good. Long Run properties strive to strengthen intercultural relationships and understanding, safeguarding cultural heritage and raising awareness of cultural diversity. Activites in this dimension address issues of cultural heritage site protection, cultural heritage promotion and awareness, respect, cultural exchange among others. 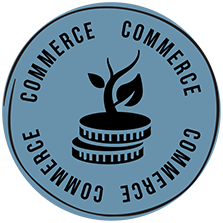 Uncontrolled, commerce has had negative impacts. Conducted in a holistic and sustainable way commerce can be a positive contributor. Trading and the accumulation of wealth have been central to the development of civilizations over thousands of years. This dimension addresses the sustainability of commercial operations recognising the intricate link between profit, natural and social assets. Viable businesses offer the capacity to provide a source of income, as well as long term investment back into the each of the 4Cs.

Global Ecosphere Retreats® have undergone one of the most rigorous sustainability standards testing in tourism. This is considered to be ‘one of the world’s best standards for privately protected areas’ (Dr Jeff A. Langholz) & recognised by the Global Sustainable Tourism Council (GSTC).

Caiman Ecological Refuge is comprised of 130,000-acres in the heart of Brazil’s Pantanal; one of the world’s most important wetlands. Caiman is home to jaguars, blue-fronted parrots, hyacinth macaws, giant anteaters, howler monkeys and so much more. This is also the base for the Onçafari Jaguar Project, co-founded by Simon Bellingham and Mario Haberfeld. We believe this property offers the very best wildlife viewing in South America.

Grootbos Nature Reserve occupies an enviable spot on the fynbos and forest-clad hills overlooking Walker Bay in South Africa. This award-winning 6,170-acre reserve is home to more than 790 plant species, including endangered Overberg sandstone fynbos and ancient milkwood forests. It is also one of the few places in the world from where it’s possible to see the ‘Marine Big Five’ — whales, dolphins, seals, penguins and great white sharks.

John and Karen Lewis, the owners of Lapa Rios, believe that ‘no matter how you slice it, a rainforest left standing is worth more than it is cut down’. This 1,000-acre private reserve and ecolodge in Costa Rica is a widely-celebrated model for successful ecotourism. Situated just above the point where the Golfo Dulce meets the wild Pacific Ocean, the Osa Peninsula is one of Central America’s last remaining lowland tropical rainforests and contains 2.5% of the world’s biodiversity.

Established by Jochen Zeitz in 2005, the 50,000 acres of African wilderness that make up the Segera Ranch and Retreat, proves that luxury can be sustainable. It’s here that the Zeitz Foundation and The Long Run were pioneered. What was previously overgrazed land, struggling to support the surrounding communities and wildlife, is now thriving. These days elephant, lion, buffalo and eland as well as the endangered Grevy’s zebra, patas monkey and African wild dog, roam freely.

Over 400,000 acres of undisturbed nature makes this Southern Africa’s largest private reserve, and one of the most unspoilt places on the planet. The core objective of Wolwedans is to support the NamibRand Nature Reserve in its mission to safeguard and restore the ecosystem. Scenic drives offer guests the chance to learn about desert dwellers and their quest for survival, the fascinating flora and geology.

In the mid-1990s, Calvin and Louise Cottar set up Cottars 1920’s Camp, creating an experience reminiscent of their ancestors’ earliest safari traditions — unrushed, romantic elegance. The camp has its own 6,000-acre private conservancy, in southeast Mara, just one kilometre from the Maasai Mara game reserve. Guests visiting Cottars 1920’s Camp not only get to witness the peace and solitude of the conservancy (which is outside the busier Maasai Mara), but from July to October are perfectly placed to experience the great wildebeest migration.

The Long Run is a collection of the world’s most sustainable, nature-based travel destinations. Collectively, The Long Run helps to conserve over 20-million-acres of biodiversity and improves the lives of 750,000 people. By joining the movement, each member has committed to a continuous journey of improvement towards excellence in sustainability via the 4Cs, driving positive change for the health of the planet and the well-being of communities.

Tswalu means ‘a new beginning’ reflecting Tswalu Kalahari’s vision to restore and conserve its natural environment, and to empower and celebrate its community. This is the largest private reserve in South Africa, protecting the region’s unique biodiversity, and safe-guarding a number of rare and endangered species. Tswalu is a model of conservation supported by ecotourism, so that it can be sustained; laying the groundwork for long-term ecological and economic viability. Tswalu joined the Long Run in 2020 and is aspiring to even higher levels of sustainability.

Samara Private Game Reserve is a 67,000-acre conservation project located in the Great Karoo, South Africa’s vast heartland. Founded in 1997 by Mark and Sarah Tompkins, Samara has pioneered land-use change in the region, painstakingly restoring 11 former livestock farms into a born-again wilderness. Samara is run by two generations of the Tompkins family, whose ultimate vision is to expand the conservation ethic beyond the reserve’s boundaries, working with local stakeholders to create a 3-million-acre conservation landscape.

Barefoot luxury with a commitment to conservation, environmental responsibility, and local culture, has always been the philosophy behind Six Senses Laamu. The only resort in the southern Maldives’ Laamu Atoll, it recognises its responsibility towards the local population and ecosystem. Laamu’s sustainability strategy ‘Local Sensitivity, Global Sensibility’, includes initiatives around energy saving, seagrass conservation, waste reduction, reef protection, and wildlife conservation.

In 2011, South African tech entrepreneur, Mark Shuttleworth, bought Príncipe’s Bom Bom Island Resort and six concessions, including Sundy Praia. His plan was to kick-start an ambitious eco-tourism project under the name Here Be Dragons (HBD). Príncipe is the smaller of two islands that make up the Republic of São Tomé and Príncipe, 130 miles off the coast of Gabon in the Gulf of Guinea. Its dense jungle is so abundant in endemic wildlife that it’s often referred to as ‘Africa’s Galapagos’. The 4Cs are central to HBD’s mission.

Pousada Trijunção is part of an 81,544-acre property, Fazenda Trijunção, in the Brazilian Cerrado. Cerrado is the largest savannah in South America and one of Conservation International’s 35 biological hotspots. Biodiversity is plentiful, including over 13,000 plant species, 850 bird species, and 278 reptiles, but due to land loss, native mammals like the Jaguar, Ocelot, Giant Armadillo and Maned Wolf are threatened. Eighty-seven percent of the farm’s land is protected, acting as a vital ecological corridor to the neighbouring Grande Sertão Veredas National Park.

Projeto Onçafari NGO was founded by Simon Bellingham and Brazilian conservationist Mario Haberfeld. They currently run projects at two Long Run properties, Caiman Ecological Reserve and Pousada Trijunção in Brazil. The project works to habituate and better understand wild Jaguars and Maned Wolf, adding huge value to these animals and in turn contributing to their protection and the protection of the habitats in which they live, as well as significantly reducing human-wildlife conflict.

African Bush Camps is a private, owner-run African-based lodge company that has camps spread over Zimbabwe, Zambia, and Botswana. Through the African Bush Camps Foundation, they are committed to sustainable development, through creating opportunities that empower rural communities located in vulnerable wildlife areas. They work to create these opportunities through Education, Community Empowerment, Community Infrastructure, and Conservation.